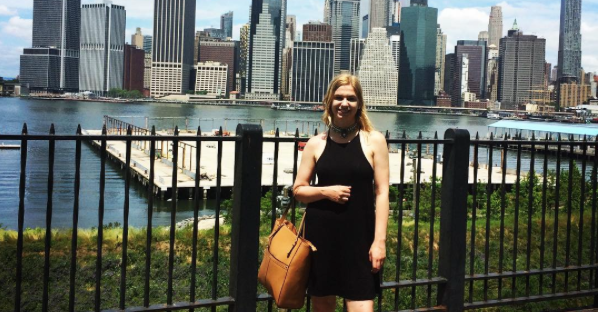 Off Duty / On Style

To everyone who said that I would not like living in New York long term, I’m guessing you were sadly mistaken. I’m totally hooked and absolutely love it here so far. Something about it just fits like coming home rather than being somewhere new. After one week I don’t really find myself homesick for Wisconsin at all. Here are a few of the awesome things that I have done so far to keep myself occupied.

5. One thing I’ve quickly learned is that food is so much better in NY (if you know where to go). I’ve been checking out places that I have heard about through word of mouth and then following up with my own research to decide.  A few places that I have tried so far (and LOVED) are Just Salad and by CHLOE. I debated doing a separate post on by CHLOE because of how amazing my meal there was (maybe when I return I will, see their full menu here). I had the Guac Burger, which had a black bean-quinoa-sweet potato patty, corn salsa, onion, guac, tortilla strips, and chipotle aioli. By far the best veggie burger I’ve had. I was planning on having water to drink, but when I saw everyone holding lemonade cups I knew I had to order one. Their specialty lemonade, which rotates flavors by season, was also the best lemonade I have ever had so that was a good decision. I think what I love most about this city so far is how you can get healthier food that actually tastes really good as opposed to how salads are usually just stuff tossed in a bowl. For example, my Spicy Thai salad from Just Salad had real flavor and the ingredients all balanced perfectly. 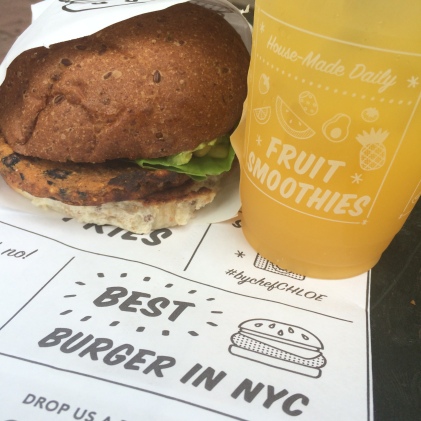 Well, I’ve babbled on enough for now. The awesome thing is that this list isn’t everything that I have done. If you want to see more of my city adventures, I started #KelseyintheCity on Instagram and you can follow me @kelseyknepler. I have also been trying to Snapchat more, follow me @itskelsbaby. Otherwise, I’ll see you next time on #offdutyonstyle. Have any suggestions about what I should do with my next nine weeks? Top of the Rock? Brunch spots? Have any requests for future New York themed blogs? Please let me know in the comments!